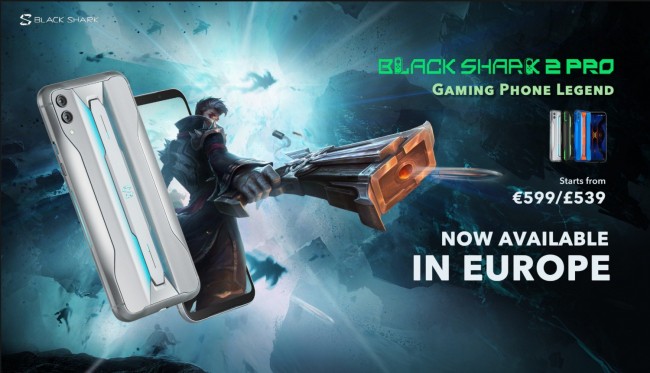 Xiaomi and Black Shark may finally be producing their next Black Shark Gaming phone, possibly powered by the upcoming Snapdragon 865 processor and 5G capability. With the phone already certified, its release is also on the horizon, perhaps as early as Q1 or Q2 2020?

Smartphone manufacturer Xiaomi is known for creating very capable smartphones, many with top of the line specs such as flagship processors and high-end cameras all at a very reasonable price. They are also, however, for developing their own niche technologies to set them apart in the oversaturated smartphone market, such as a phone that’s more screen that it is a phone and a 108 Megapixel camera.

Xiaomi is most popularly known for its Flagship-Killer-Killer phones. The Redmi K20 Pro, or the Mi 9T Pro as it is called in its Globa and Europe Launch, is a Snapdragon 855-powered smartphone with the latest features a modern flagship needs such as an OLED display and an in-display fingerprint sensor. Its popup camera is also allowing for a bezel-less, notch-less display. On the other hand, the Pocophone F1 was a near-flagship phone released last year with the Snapdragon 845, up to 8 GB of ram, and a 4000 mAh battery at about $300. The biggest catch, however, is that Xiaomi has not been offering its devices to the United States Market.

Now with Snapdragon 865 on the horizon and 5G beginning to roll out, Xiaomi and Black Shark may finally be preparing for their next Black Shark phone.

A tweet by Twitter user @Sudhanshu1414 reveals a new phone codenamed “SHARK KLE-A0” was certified by the Ministry of Industry and Information Technology (MIIT) last Dec. 20. This “SHARK KLE-A0”, allegedly the Black Shark 3 5G, is Black Shark’s next phone and will be launched soon.

The certification doesn’t exactly reveal much besides its 5G capabilities and hinting that it will be ready for release soon. But it opens up to many possibilities, such as the upcoming Snapdragon 865, a faster refresh rate screen, hopefully at least 90 Hz similar to their competitors’ Nubia’s Red Magic and One Plus 7T, or even as much as 120 Hz like Asus ROG Phones.

We’re also expecting that they’re going to be bringing the same 27W fast-charging or even faster as much as their supposed 100W fast-charger that’s still in development. Next year we also hope we’ll be seeing improved Bluetooth technology for their Black Shark gaming controllers as gaming with Bluetooth latency doesn’t make for a great mobile gaming experience. And most importantly, with its increased band support and 5G capabilities, this will hopefully be a reason for Xiaomi to release its smartphones to the US market.

ⓒ 2018 TECHTIMES.com All rights reserved. Do not reproduce without permission.