Xiaomi Redmi Note 7 Pro, Realme 3 Pro to Samsung Galaxy M30s: We take a look at phones that impressed us the most in this price bracket for 2019.

If there is one category that continues to drive momentum in the Indian smartphone market, it would be the mid-range budget phones. Priced between Rs 12,000 to Rs 20,000, these phones capture a majority of the market share and continue to drive volumes for the most vendors. This is also why there is such intense competition in this space, with the refresh cycle for devices now reduced to just four months by the big brands. We take a look at phones that impressed us the most in this price bracket for 2019. 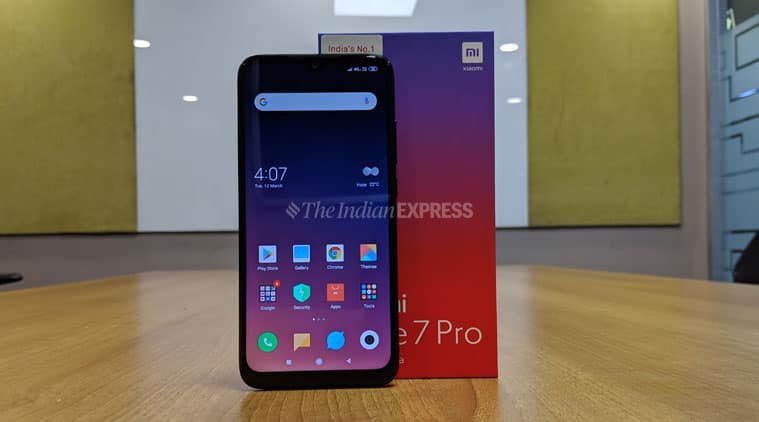 For its consistent performance throughout, the Redmi Note 7 Pro is the winner.

Yes, we know Redmi Note 8 Pro is available in the market, but the Note 7 Pro has proved to be a best-seller for Xiaomi and was first launched back in February. It brought a much needed revamp to the Redmi Note series’ design, had an excellent processor and was one of the first phones under Rs 15,000 to offer a 48MP camera at the back, which worked very well. In fact, this is still on our list of recommended devices, if you can get it. For its consistent performance throughout, the Redmi Note 7 Pro is the winner, though the new variant is just as impressive. 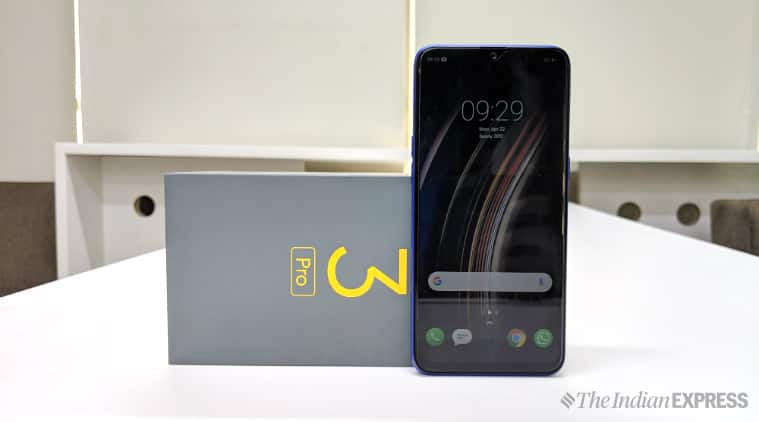 Realme 3 Pro came with 20W fast charger in the box and turned out to be a value for money smartphone.

Realme might have moved quickly from Realme 3 Pro to the Realme 5 Pro (skipping the 4-series), but the older device appealed to us more. With Realme 3 Pro, the brand challenged Xiaomi’s Redmi Note 7 Pro and proved to be a worthy competition. Realme 3 Pro came with 20W fast charger in the box, which most phones in this price range do not offer.The camera and general performance made this a value-for- money device. The macro camera, the Portrait performance, low-light performance and the 64MP camera were impressive as we found out in our review.

The camera performance on mid-range phones is definitely a lot more impressive, though we aren’t quite sure if the four camera trend is needed. The winner here would be the Redmi Note 8 Pro, given it did improve the camera compared to the previous version. The macro camera, the Portrait performance, low-light performance and the 64MP camera were impressive as we found out in our review.

The only weak point was the ultra-wide, but that remains an issue on most phones, even those that cost more than Rs 20,000. Of course, this was not the first phone to offer a 64MP camera, the Realme XT did that first. But Redmi’s implementation of this was impressive, which is why it is the winner. Realme XT impressed with its real-life performance as well as it was fast with daily tasks.

Realme XT definitely stands out when it comes to overall performance in the mid-range, thanks to 64MP quad rear cameras, Snapdragon 712 processor, 4,000mAh battery with fast charge support, and FHD+ screen. The stylish design should appeal to many users and the rear camera impresses with good photos even in low-light which a lot of devices in this price range struggle to get right.

The bigger battery helps get through one full day with moderate to heavy usage and it takes under an hour to get fully charged, thanks to fast charge support, which is among its strongest suits. Realme XT impressed with its real-life performance as well as it was fast with daily tasks and does not noticeably lag even while playing graphics-heavy games such as PUBG Mobile. Samsung Galaxy M30s was the most impressive of the lot considering it offered a 6000 mAh battery, something that no other phone has in this price range.

Samsung knew it had to try something different this year as it faced a Chinese onslaught from Xiaomi and Realme, and its answer was the M series. But the Galaxy M30s was the most impressive of the lot considering it offered a 6000 mAh battery, something that no other phone has in this price range. And the best part was that the phone was not heavy or bulky as a result of this, it weighed only 188 grams, less than the Redmi Note 8 Pro for reference. If you wanted a big battery and the 48MP triple camera, the M30s was an excellent bet. Realme X2 offers very good performance for the price it comes for, something that is rare to see in phones at the under Rs 20,000 price tag.

The Realme X2 is the latest phone from the Xiaomi rival and it is overall a good smartphone. One of the key highlights of the X2 is the chipset running it. The Realme X2 is powered by Qualcomm’s latest gaming chipset for mid-range smartphones, Snapdragon 730G paired with up to 8GB RAM and 128GB of internal storage. The Realme X2 handles both heavy GPU and basic games very well. The phone doesn’t lag at any given point.

It offers very good performance for the price it comes for, something that is rare to see in phones at the under Rs 20,000 price tag and that’s why we think this is ideal for gaming. The price of the phone starts at Rs 16,999 in India.

Realme X2 review: Good package, except for the software Many called the Redmi K20 underpowered for the price, but we found the device more capable than any other smartphone in its class.

The Redmi K20 was a revelation, a phone that stood for its excellent build quality and respectable camera. The phone felt right, because it brought in some standard in the premium mid-range segment. Many called it underpowered for the price, but we found the device more capable than any other smartphone in its class. We think Xiaomi should be credited for launching the K20 in the market and later on with the price drop, this was starting at under Rs 20,000.

Other phones that stood out for us The device which caught our attention the most turned out to be the Moto One Action.

While most of the devices in the mid-range segment were concentrating heavily on the specifications, Motorola took a different route with its One-series putting its weight behind a single feature of the phone. The device which caught our attention the most turned out to be the Moto One Action. The device came with a dedicated action cam tilted at 90-degrees. It allowed users to record ultra-steady horizontal videos with a wide field-of-view while they hold the phone vertically.

Motorola One Action review: It’s all about the action cam and stabilised video

Realme 5 is the company’s mid-budget series with a focus mainly on quad-cameras and bigger battery in the price bracket. Realme first launched the 5 Pro in India with 48MP quad camera setup at the back and 4,000mAh battery. It was followed by Realme 5, which was slightly cheaper and comes with 12MP rear quad-cameras. Realme 5s was launched as an upgrade to the Realme 5 and it has 48MP quad rear camera setup. Both the phones pack 5,000mAh battery. Our only complaint with Nokia 7.2 was a slightly higher price compared to the competition.

Nokia 7.2 was seen as HMD Global’s answer to the Realme XT and Redmi Note 8 Pro. The phone had less convincing specifications on paper, though it performed well in our testing, The stand out feature of Nokia 7.2, of course, was its design. The camera, too, seemed impressive. Our only complaint with the device was a slightly higher price compared to the competition.

Samsung Galaxy A series was upgraded as an answer to Xiaomi’s budget and mid-budget phones in India. The idea with Samsung Galaxy A-series seems to be good specifications on paper at a budget. It replaced Samsung’s J-series, which was its budget smartphone series known for popular India-specific features like S-Bike Mode, Ultra Data Saving mode, etc.

More expensive phones in Rs 30,000 to Rs 50,000 price bracket were also added to Galaxy A-series such as Galaxy A70 and Galaxy A80 as Samsung said it targets to gain 4.3 billion in revenue from its A-series in India in 2019. Some of the budget Galaxy A-series phones include Galaxy A10s, Galaxy A20s, and Galaxy A30s.

For all the latest Technology News, download Indian Express App