It’s hard to recommend an Android tablet as Apple’s excellent iPad gets cheaper, but Samsung is definitely making the best of a bad situation with its tablets. For the past several weeks, I’ve been using the company’s high-end Galaxy Tab S6, and I’ve got a few thoughts on it.

Spoiler, though: I’m still going to be using an iPad.

For most people looking to buy the Galaxy Tab S6, they already know they want an Android tablet and basically nothing else. With that in mind, there are three core points about the Galaxy Tab S6 I want to specifically talk about.

Running on Android Pie with Samsung’s One UI skin, the software experience on the Galaxy Tab S6 is a mixed bag of good, great, and pretty awful.

The good? The vast majority of the software experience on the Galaxy Tab S6 is actually pretty good. Android still doesn’t feel “at home” on a screen this large, but Samsung has made changes to make things feel more natural. The company’s built-in apps are all optimized for the biggest screen, and Google’s core apps like the Play Store and more importantly the Google Drive suite works great with the extra screen space.

However, that’s the problem with Android on tablets. The software experience is good, but it’s just that. The overall experience is far from great, thanks to unoptimized apps, random and annoying bugs, and other quirks, too. 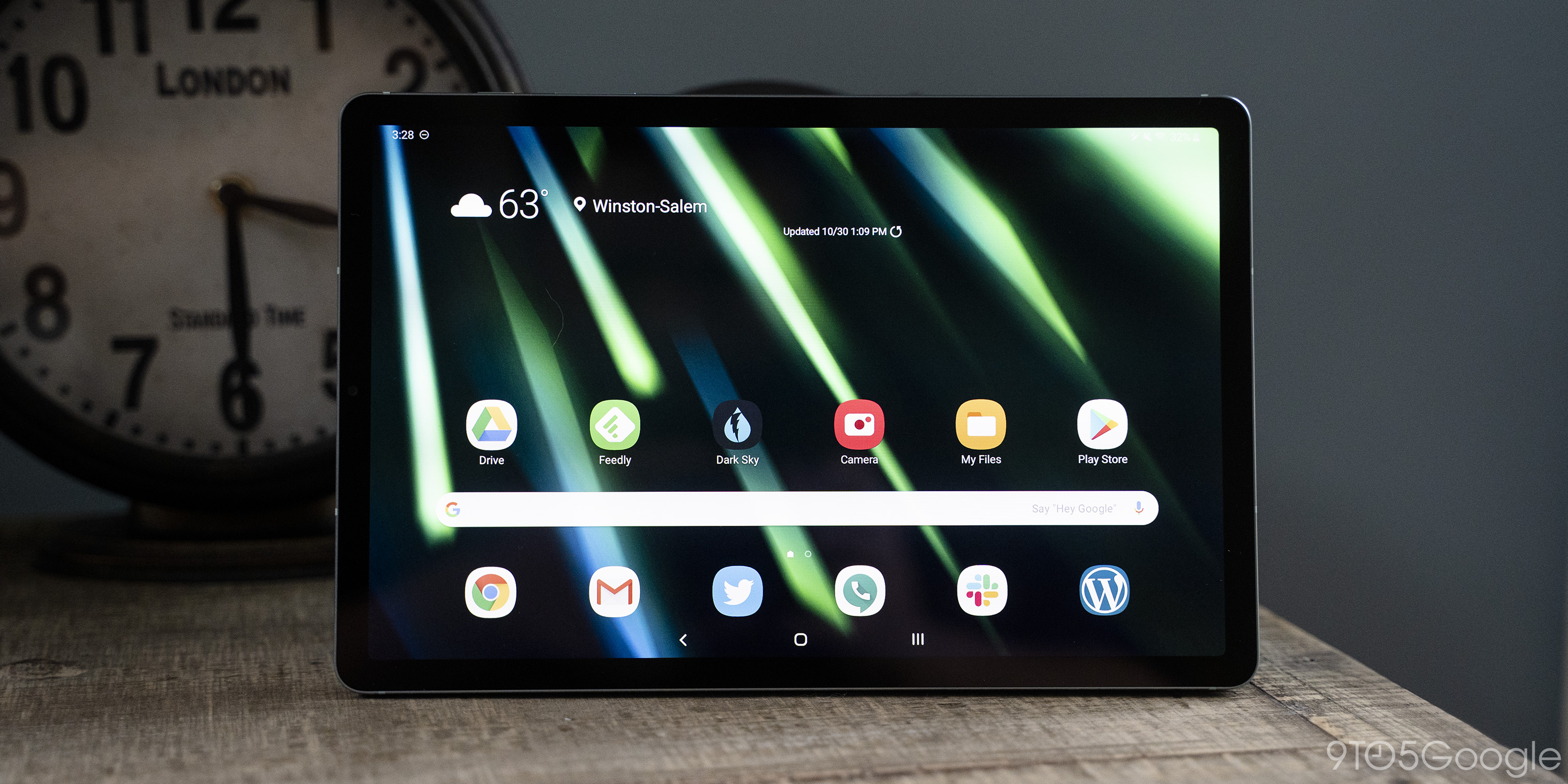 The great? Samsung’s custom multitasking features are pretty fantastic on the Tab S6. Not only do you get traditional split-screen, but Samsung also supports a clever “pop-out” feature that displays apps in a small window that’s fully resizable. This was probably my favorite feature of the tablet overall.

The awful? I just don’t like Samsung’s One UI on a tablet. It works great on a smartphone, but the UI is clearly not designed with tablets in mind. It’s hard to fault Samsung for this, though, as the company has made some great strides in making an interface that works better on bigger screens.

Over the past few years, Samsung has put a ton of work into making DeX a better and better experience, and it feels like it’s used best on the Tab S6. Samsung DeX, when turned on, transforms the Android interface into a faux-desktop environment. You’ll get a desktop with app shortcuts, menus along the bottom of the display, and resizable windows too.

This is where the Tab S6 really sets itself apart from the crowd. Windows does the desktop UI better, but it makes for an awful tablet. Apple’s iPad is an amazing tablet, but even the new iPad OS isn’t a true desktop UI. Samsung bridges the gap, even if there are some bugs. 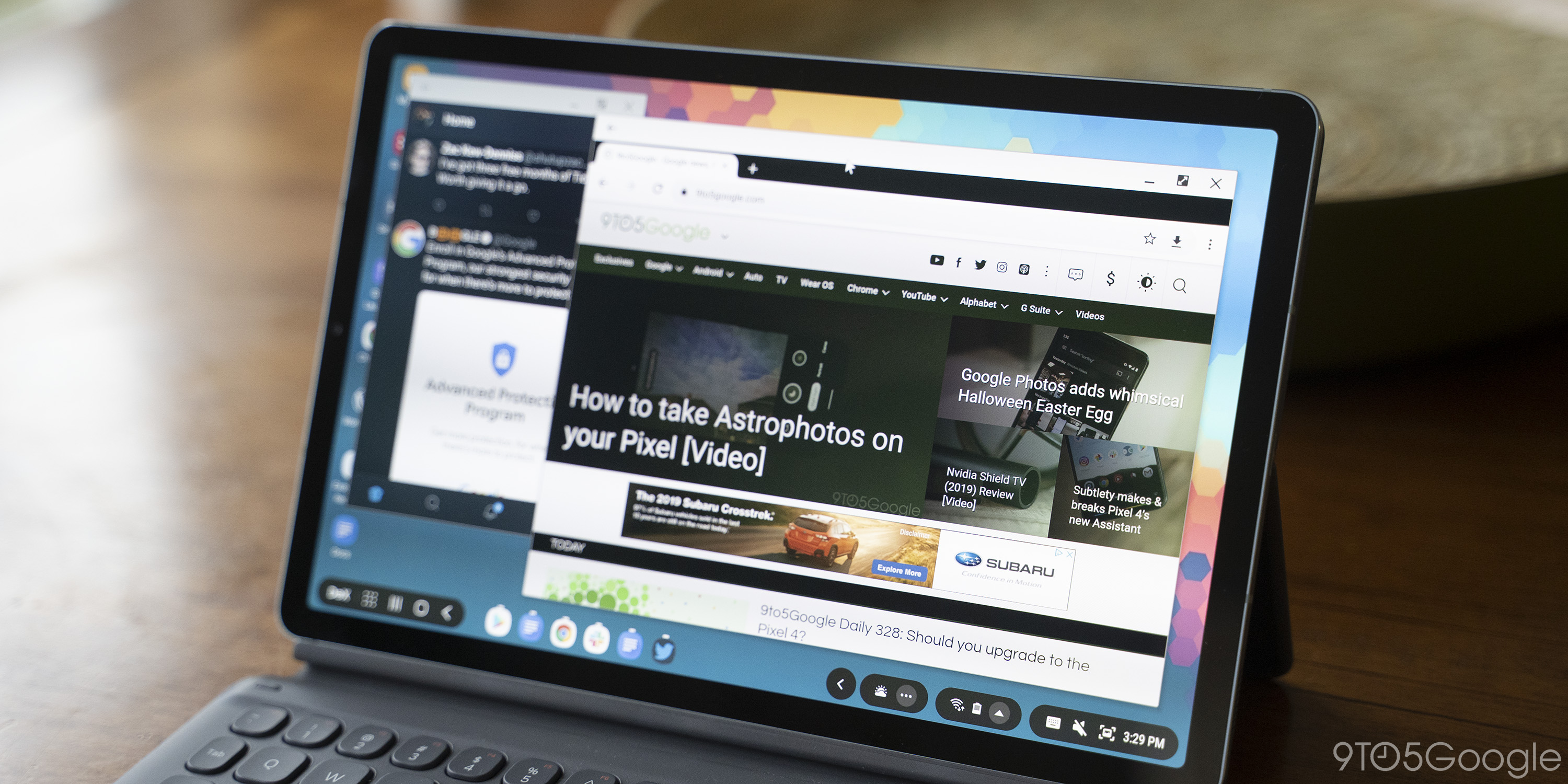 For example, I wish the DeX interface worked better with desktop websites, and that you could put add widgets to the “homescreen.” I do like that Samsung lets you separate out the wallpapers for DeX and the traditional tablet UI, though.

Samsung has also put a lot of effort into apps that work great with DeX, too. That includes everything from Microsoft’s Office suite to Adobe’s Premiere Rush video editor, and many more. Of the ones I tried, everything works really well, and I’ve got to give Samsung credit for helping make this experience worth using.

However, DeX on the Galaxy Tab S6 is basically worthless without a keyboard. Samsung sells an official keyboard for this purpose, and it’s actually pretty solid, despite being expensive. The keys feel just a little bit tight to me, but it’s easy to get used to, and the trackpad, although very small, is a welcome addition you don’t see on many other tablet keyboards. 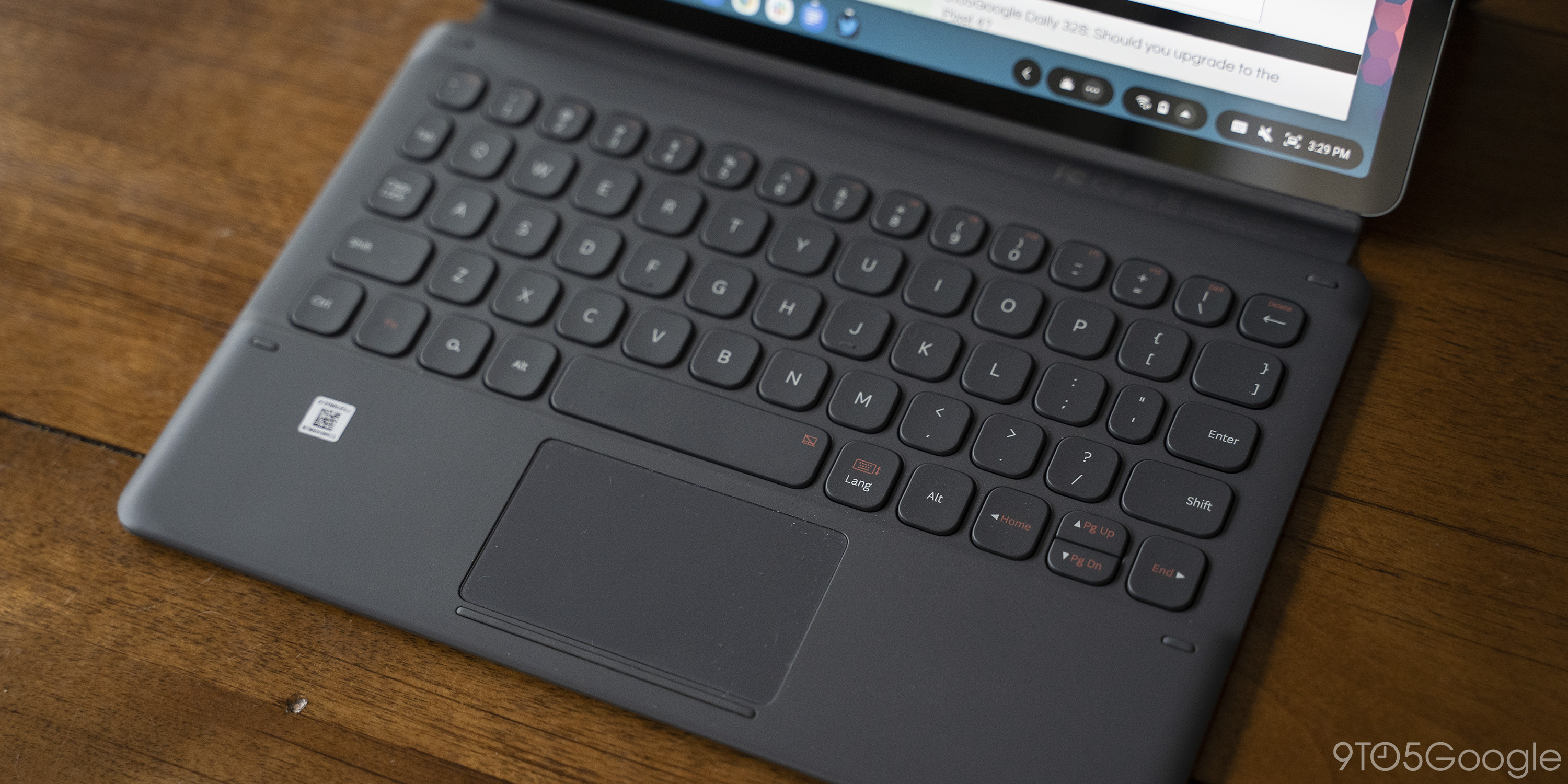 The keyboard is a part of Samsung’s “Book Keyboard Cover” that adheres to the back of the tablet. It works well enough, but it’s very unorthodox. It adheres to the back of the tablet with a “sticky” pad and delivers a sturdy and flexible kickstand as well as a place to store your S Pen. For that alone, it feels like a must-have even at $179, but the “Book Cover” is available without the keyboard for $69.

Samsung’s key feature of the Galaxy Note series is also here on the Tab S6. There’s an S Pen included in the box with the tablet that connects wirelessly to the tablet for certain features including air gestures. Those are gimmicky, though.

The real value of the S Pen on the Tab S6 is using it for drawing apps and general navigation, too. I often pulled out the pen to navigate the tablet during study and it was also very useful when playing some Jackbox games with friends. On many other tablets, you’d have to pay upwards of $100 for this, but Samsung includes it in the box with this tablet, and that’s pretty awesome. 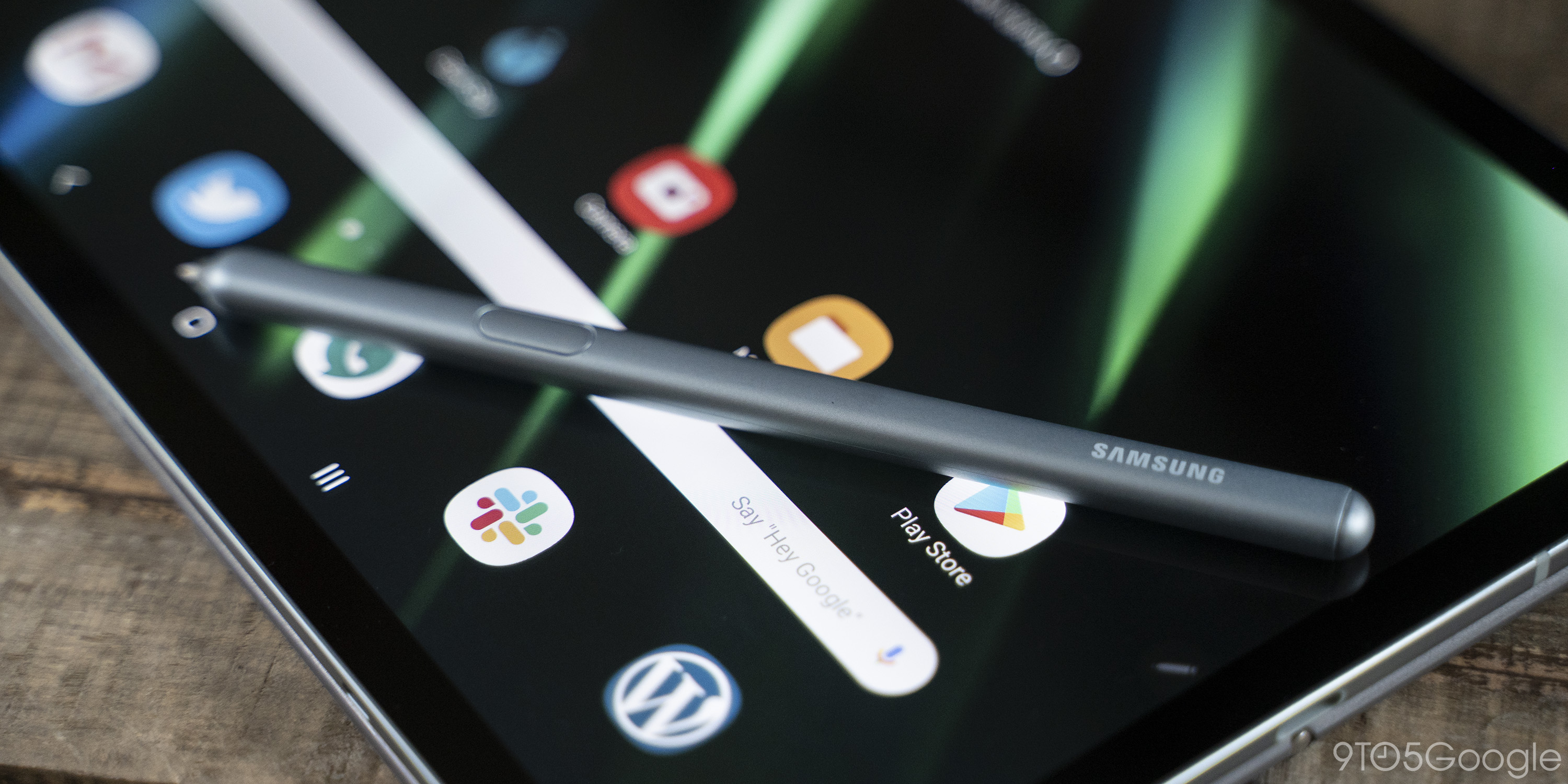 Samsung has also designed the S Pen to wirelessly charge from the Tab S6. Magnets attach the stylus to the back of the Galaxy Tab S6 with a slight indentation. It’s not really the best solution, but if you buy the Book Cover, it’s actually a really nice way to store and charge the stylus.

What else do you need to know? 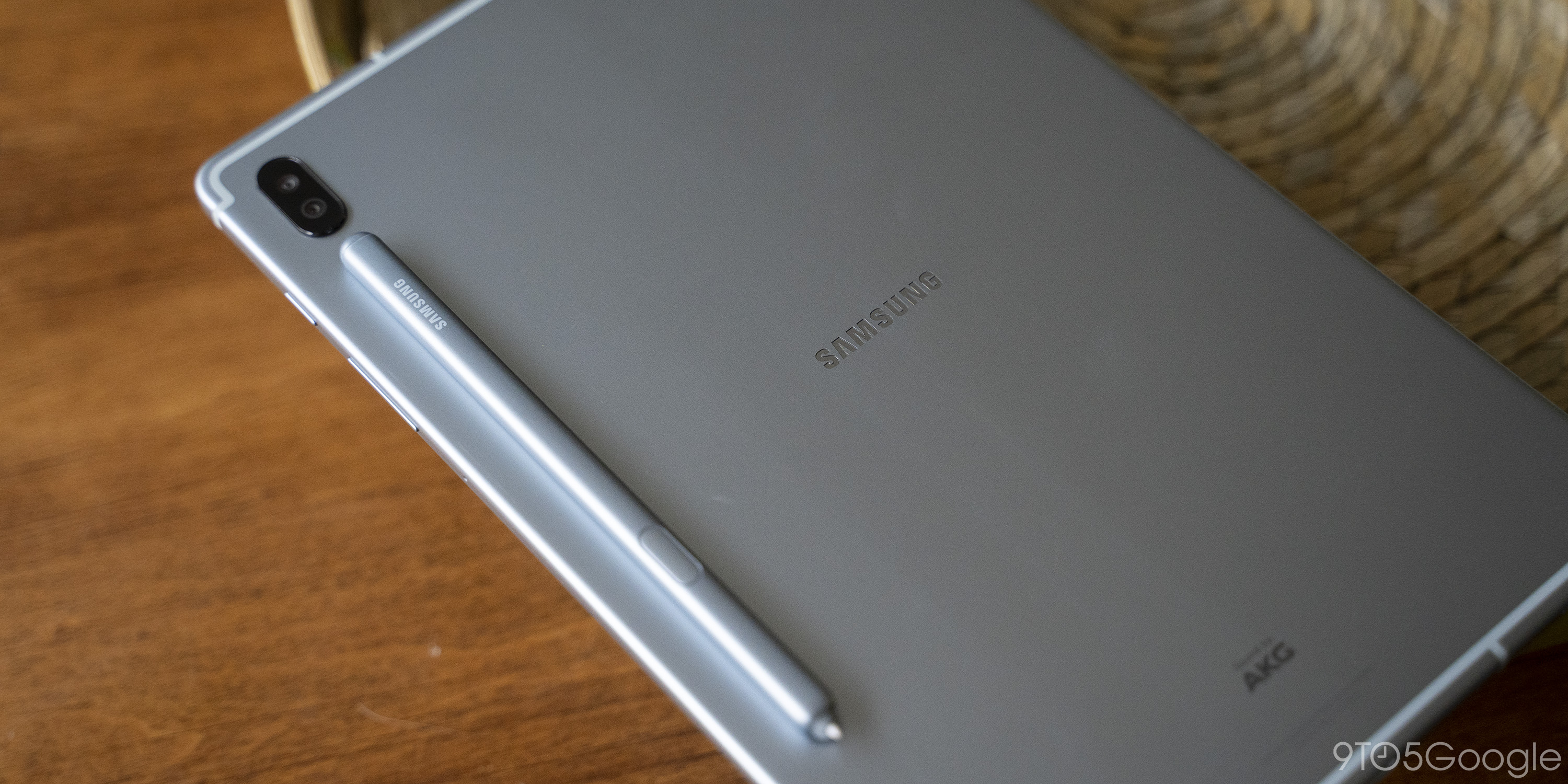 Is it worth it?

As I mentioned earlier, if you know you want an Android tablet, you’re going to buy an Android tablet. With that in mind, the Galaxy Tab S6 is a great option, even at its $649 price. However, there’s basically no one I’d tell to buy this if they just want a tablet. Apple’s iPad lineup is truly fantastic across the board and there’s just nothing on the Galaxy Tab S6 that makes it worth it over those devices.

If you want to buy the Galaxy Tab S6, it’s available at Amazon, Best Buy, B&H Photo, and from Samsung directly for $649. The Keyboard Cover costs $179.