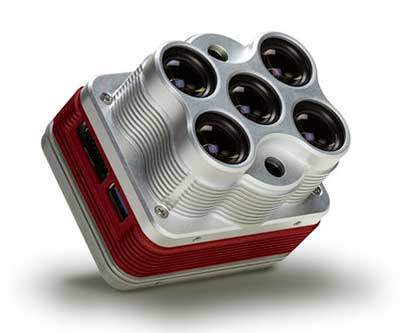 The Altum is a 3-in-1 sensor that combines thermal, high-resolution and multispectral imaging capabilities. (Photo: MicaSense)

Whereas before they had to fly multiple flights with multiple sensors, researchers, growers and service providers can now capture data for plant health, water stress mapping, phenotyping and more in one flight, with one sensor. 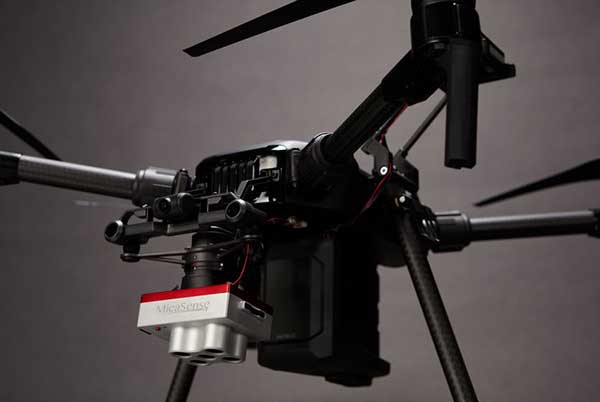 “The Altum design resulted from experience developing advanced analytics and understanding needs for advanced research,” said Justin McAllister, CTO and co-founder of MicaSense. “We realized the market is limited by time and cost constraints of owning multiple sensors and flying multiple passes over the same field. The goal of Altum is to simplify the workflow, and with synchronized capture, to provide results that can be correlated and quantified more easily.”

Users can process Altum data with industry standard software like Agisoft and Pix4Dmapper to generate an aligned, radiometrically calibrated six band (R, G, B, RE, NIR, T) geotiff, or access the raw data from Altum to process data themselves.

Included with Altum is DLS 2, the patent-pending next generation of the MicaSense Downwelling Light Sensor (DLS). DLS 2 allows for a more streamlined integration as it combines both the DLS and GPS into one product. In addition, through proprietary MicaSense technology, the DLS 2 will offer significantly better calibration for changing light conditions and better measurements over time.

Altum’s multiple interface options and open API gives users the ability to utilize Altum on a variety of platforms. In addition to the DJI SkyPort integration, Altum is integrated with drone offerings from the following companies (with more to come):

Through DJI SkyPort, MicaSense is able to provide seamless integration of its specialized sensors with DJI’s powerful line of enterprise drones, resulting in the MicaSense Altum and RedEdge-MX solutions. This provides users a high-quality drone and sensor combination they can rely on to capture quality data every time – with virtually no set-up time.

“Solutions like the MicaSense Altum and RedEdge-MX demonstrate the value of integrating specialized industrial payloads to DJI’s powerful drone platforms,” said Jan Gasparic, head of Enterprise Partnerships at DJI. “By collaborating with solution providers, we are expanding the benefits of drone technology to more and more industries. In the case of agriculture, a specialized suite of sensors and more advanced level of analytics can truly bring tangible value to business workflows and decision making today.”

The Altum and SkyPort enabled RedEdge-MX and Altum are available today through the MicaSense website.