In a bid to counter Xiaomi, Samsung drastically revamped its budget smartphone strategy. Meanwhile, Realme has been giving a tough competition to Xiaomi. Yet, somehow, Xiaomi has managed to hold onto its crown of being the top smartphone vendor. This is evident in this year’s Q2 Indian smartphone shipment records. The reason behind this is that Xiaomi’s popular Redmi series phones offer value for money, and the latest Redmi 8A explains my point. It is a successor to the Redmi 7A smartphone, which made its debut in India just a few months back.

While most entry-level phones tend to have 4,000mAh battery, Xiaomi’s latest Redmi 8A takes it up a notch to 5,000mAh. With the device featuring a contemporary design, a big screen, USB Type C, enhanced durability, the latest offering from Xiaomi does bring a lot to the table. But is it enough? Find out in our Xiaomi Redmi 8A review. The handset is priced at Rs 6,499 in India.

The Redmi 7A carried on the design legacy of the last generation. The new one comes with a completely new design with “Aura Wave Grip” that ups the ante in visual appeal. This was much needed, given the fact that some of the competition in this price range offers notched screens. The new Aura Wave Grip design on the rear side helps with a certain amount of grip. The textured back also keeps smudges and fingerprints at bay. Xiaomi is offering this phone in three colors. Some might find the Sunset Red color a little loud. So for a more subtle look, you can either go for the Ocean blue or Midnight black color variant. Here the company opted to use plastic all around, which helps keep the weight of the phone down. Though you might feel a bit hefty for its size as it packs a big 5,000mAh battery under the hood. At the back, there is no fingerprint sensor for biometric authentication, which is fine for the price. Notably, no other phone in this price range offers the same. The good thing is the camera module is almost completely flush with the body of the handset, similar to its predecessor. It is also splash-proof with a P2i rating. There’s a tiny notch on the top and thinner bezels than the Redmi 7A, which makes for a higher screen-to-body ratio. With the new Redmi phone, Xiaomi is offering a much bigger 6.2-inch display for a better media consumption experience. As this phone comes with a fairly big display, one might not get a comfortable one-handed experience. But you will get used to that with time. The panel operates at HD+ resolution, and it is shielded by Corning Gorilla Glass 5.

It is the cheapest entry-level phone to offer this, which is quite a feat from Xiaomi. The display is vibrant enough, and it does get bright enough when outdoors. You can change the color temperature of the display in the settings as per your preference. But users are advised to not use the auto screen brightness feature as it doesn’t work properly.

The Redmi 8A draws its power from a Qualcomm Snapdragon 439 octa-core chipset, similar to the Redmi 7A. This time the company is offering both 2GB and 3GB RAM models with 32GB storage, which is a relief for users wanting more storage. Comparatively, the 7A was launched with 2GB RAM and 16GB storage model. One can also expand the internal storage by up to 512GB using a dedicated microSD card slot. While using the Redmi phone, we didn’t encounter any major issues. But you will surely witness that the apps take a tad longer to launch, which is the case with all entry-level phones. Users can opt for 3GB RAM for better multitasking experience. You can play casual games like Subway Surfers, Temple Run or Candy Crush without any difficulty, but the same can’t be said for heavy titles. It is important to note that this is a basic entry-level phone and is not meant for heavy gaming sessions. For security, there is only the face unlock feature, which is quick enough to unlock the phone. The device ships with Android 9 Pie with MIUI 10.3 on top. While you will have to deal with MIUI ads, you also get some useful features like Digital Wellbeing, Dark mode, Second Space, Dual Apps, Quick ball, and more. The bad part is that the phone still comes with a lot of bloatware. It is very annoying when you are not able to delete the unnecessary apps that Xiaomi has added, as it eats up your storage. Besides, users will also get notifications to download inessential apps from GetApps. The Redmi 8A comes with a 12-megapixel Sony IMX363 rear camera sensor with an f/1.8 aperture. The setup is assisted by an LED flash. There is also a single 8-megapixel camera on the front with an f/2.0 aperture. In daylight outdoors, you can get some good shots with enough details and sharpness. We also noticed that a few photos were overexposed and often a lot of details in the background or at distant subjects were missing.

The color reproduction is quite good though, and you seriously don’t need HDR mode as it doesn’t even work. You do get slightly better shots with the AI mode in comparison with the regular photo mode. If you use both HDR and the AI, you will end up getting a bad image. In addition, the HDR mode also takes a little longer to deliver the final output. The portrait shots are pretty average as it fails in edge detection. 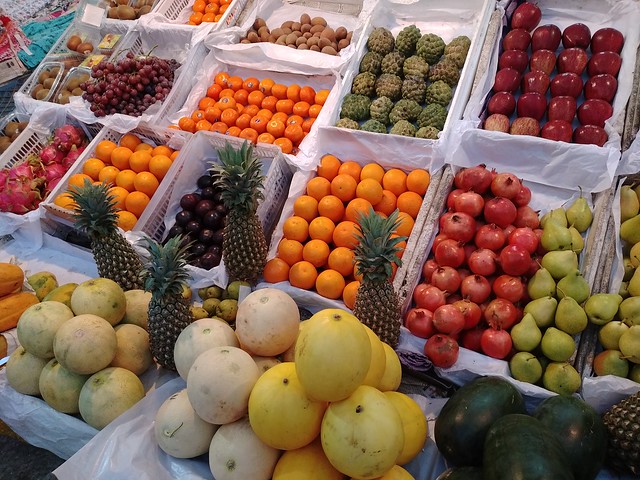 With the Xiaomi Redmi 8A, you can get good shots in daylight only when you are using the AI mode. The colors are a bit saturated, but looks good. Macro shots are also detailed enough. In low light, the camera struggles, which is expected from an entry-level phone. The handset offers better shots than the Redmi 7A, but not by a giant leap. Lastly, you get usable selfies for social media purposes. Overall, we believe that Xiaomi can improve quite a few things via a software update.

The Redmi 8A not only offers a massive battery, but it also has a few key upgrades when it comes to charging. There’s now a USB Type-C port at the bottom, and the device also supports 18W fast charging. Both of which you will probably not find under Rs 7,000. While this definitely sounds great for its entry-level price, it is also important to note that the phone ships with a 10W charger out of the box. So for faster charging, you’ll have to purchase a separate 18W charger. With moderate to light usage, the 8A can deliver two days of battery life on a single charge, which is great news for budget phone buyers. Xiaomi Redmi 8A: Should you buy it?

The Xiaomi Redmi 8A is a massive upgrade over the Redmi 7A. It offers a refreshing design, coupled with a splash-proof rating. For the price, the handset also offers an exceptionally big battery to fulfill the needs of those users who want a phone that can last for two days. The overall performance of the phone is on par with other phones under Rs 7,000. The budget phone’s rear camera performs decently during daylight. This time you are also getting support for 18W fast charge. A few things to note here is that you get an average selfie camera, ads in MIUI, 10W charger in the box, and performance similar to Redmi 7A. The Redmi 8A should be of immediate interest to those looking to get a long battery, big display, decent cameras and a trendy design for Rs 6,499.