Over the years, Alexa became just another family member in countless households. At the beginning of this year, it was revealed by one of Amazon’s VPs, David Limp, that over 100 million Alexa-enabled devices had been sold since its introduction.

As technology progressed, Alexa expanded its reach far beyond one’s home. The system is most recently creeping its way into vehicles as well, thanks to a series of devices that can support the assistant, but also perform their core tasks.

Presently, there’s only a limited number of car gadgets that can work with the assistant, ranging from phone car mounts to dashcams and Amazon’s own Echo Auto.

We selected five of these gadgets based on the core function they are meant to perform. You can have a look in the section below.

Echo Auto –We’ll start with the purpose-built Echo Auto device. This speaker was introduced by Amazon at the end of 2018 as the first dedicated device to be used in cars with Alexa.

The differences between the Auto and the regular Echo are not that great in terms of capabilities. The Auto is however more potent as it had to be devised in such a way as to go around all the extra noise generated inside of a car.

Echo Auto is fitted with eight-microphones specifically designed for in-car acoustics and it can make out your voice over music, A/C, and road noise. 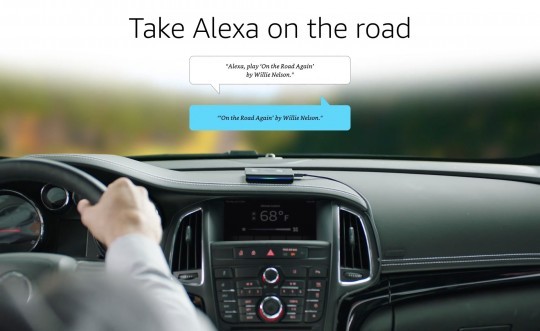 The system is powered by the car’s 12V power outlet or USB port and can be connected to the stereo system through a 3.5 mm audio jack or Bluetooth.

For the Auto to work the Alexa smartphone app is still needed.

Alexa Phone Mount – There are now a billion ways to make your smartphone part of your car, and for most of them to work a phone mount is essential. And there are countless options on the market, but just a few with built-in Alexa compatibility. As in one, for now.

The iOttie Easy One Touch Connect is not a simple phone mount, but a smart one. It is equipped with microphones in addition to the usual suction cup and release bars, it supports Bluetooth connectivity and relays the information it wants relayed via the smartphone speakers.

Just like other Alexa-enabled devices, this mount can give driving instructions, place calls, play music, check the weather or allow control over smart home devices.

On Amazon, the iOttie Easy One Touch Connect sells for $69.95.

Alexa GPS – Instead of having your smartphone and the car’s infotainment system and whatever else you have laying around in the car give you instructions, you can merge all into one by going for an Alexa-enabled GPS. Something like the Garmin DriveSmart 65.

Using its own voice-controlled assistant, the device taps into Alexa’s capabilities to allow the driver to create to-do lists, check the calendar and even play games while on the go. 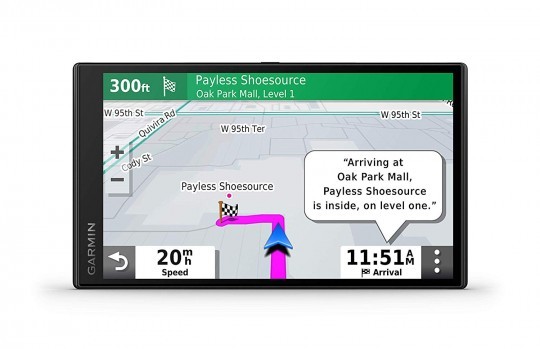 The DriveSmart uses a 6.95” edge-to-edge display, meaning there’s enough room for both the map and whatever else info is summoned to be shown at the same time.

The Garmin GPS can also be used to view ratings for travel POIs via TripAdvisor, can plan trips with Trip Planner and it even shows all the U.S. national parks.

Alexa Dashcam – From safety to recording memorable moments, there’s nothing a dashcam can’t do. Easy to use and reliable, these cameras have become commonplace in cars all over the world. What most of them lack though is Alexa-compatibility.

That’s not the case with the Garmin Speak Plus, a dashcam that can take voice commands thanks to the inclusion of Alexa. Providing all the functionalities of Amazon’s personal assistant, the Speak Plus also comes with driver assistance features.

Aside from the usual recording capability, the gadget assists the driver with forward collision and lane departure warnings. Navigation is also on the table, and can be accessed by telling Alexa to ask Garmin how to get from point A to point B.

Alexa Phone Charger– The Roav Viva Pro is supposedly the first smartphone car charger that comes with Alexa-compatibility. Just like any other devices that use Alexa, this too allows control over other smart devices, can give you directions, allows music playback and all the other Alexa functionalities.

Other than that, it just does what it was meant to do which is charge your phone and the passenger’s via high-speed charging points.  The Roav sells for $49.49.

All of the above gadgets kind of exclude one another, meaning it wouldn’t make sense for you to buy all of them, because they essentially do the same thing. That means choosing one over another is only a matter of personal need.