Getting a good performing smartphone at a limited budget is no longer a difficult task. Companies like Xiaomi, Realme, Samsung and others have been offering some impressive handsets in the budget segment, and it’s not just great hardware but they look great too. So today we are listing down some of the best handsets you can buy today under a price range of Rs 15,000. One of the best offerings from Xiaomi, the Redmi Note 7 Pro is a phenomenal smartphone given its price tag. The smartphone features a glass back with ‘Aura Design’ and a 6.3-inch Full-HD+ display with 19.5:9 aspect ratio and a dot-notch. The device has a 2.5D curved Gorilla Glass 5 at the front and the back. This one is powered by a Qualcomm Snapdragon 675 processor. There is an option of 4GB and 6GB RAM with 64GB and 128GB of inbuilt storage with support for a microSD card slot of up to 256GB. At the back, here is a 48-megapixel primary sensor with f/1.79 aperture and a 5-megapixel secondary depth sensor. At the front, you get a 13-megapixel camera. Rest of the features include a 4,000mAh battery with Quick Charge 4.0 support, a rear fingerprint sensor, USB Type-C port, 3.5mm audio jack, Wi-Fi 5, Bluetooth 5.0, Infrared and dual-SIM support. It runs on Android Pie 9.0 with MIUI 10. 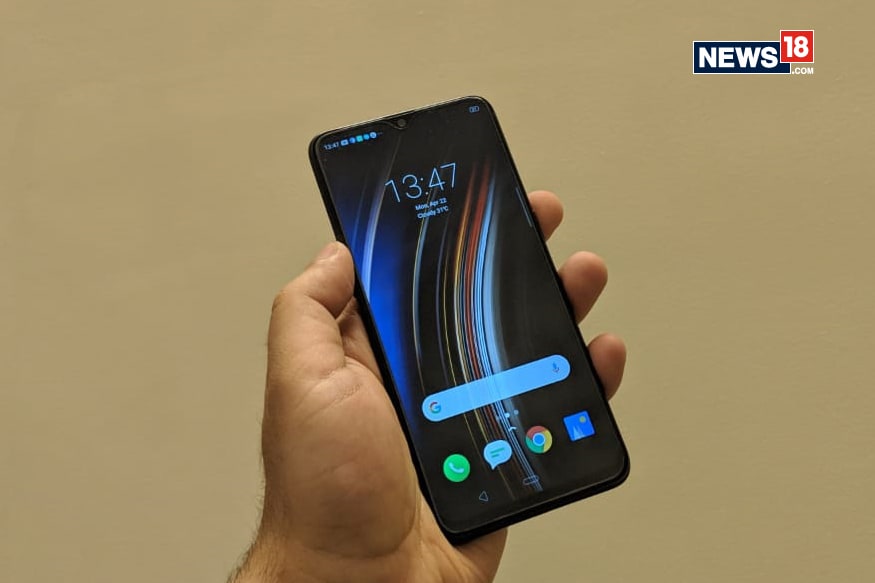 Oppo’s sub-brand Realme has been chasing down Xiaomi with its budget smartphones. The Realme 3 Pro tries to trump the Redmi Note 7 Pro with a more powerful processor. The Realme 3 Pro offers a 6.3-inch FHD+ display with a dewdrop notch. It has a Snapdragon 710 SoC and an Adreno 616 GPU. It houses a 4,045mAh battery and runs on Color OS 6.0 based on Android 9 Pie. There are two variants of Realme 3 Pro — 4GB RAM with 64GB storage and 6GB RAM with 128GB storage. The company has also introduced a special 6GB RAM with 64GB storage variant. Realme 3 Pro has a 16-megapixel primary sensor with a 5-megapixel secondary sensor as part of the dual rear camera setup. It supports expandable storage via a microSD card (up to 256GB). It has a 3.5mm headphone jack and uses a Micro-USB port for charging. It ships with a 20W VOOC 3.0 charger in the box. 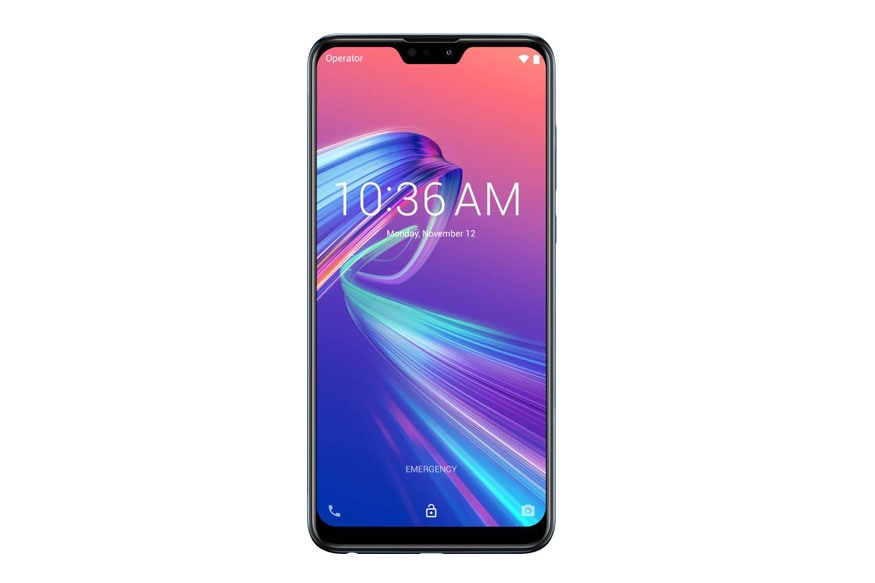 If you are looking for a stock Android experience then Asus has a pretty solid offering. The ZenFone Max Pro M2 features a 6.26-inch full-HD+ and is powered by a Qualcomm Snapdragon 660 SoC and is available in three variants – 3GB RAM / 32GB Storage, 4GB RAM / 64GB storage, and 6GB RAM / 64GB storage . It ships with stock Android 8.1 and is currently running on Android 9.0 Pie. It has a 5,000mAh battery, one of the largest in its category. It sports a dual rear camera setup with a 12-megapixel primary sensor with an f/1.8 aperture and a 5-megapixel depth sensor, along with a 13-megapixel selfie camera. It is available in two colors – Blue and Titanium, supports dual-SIM dual-VoLTE standby, has a fingerprint sensor and supports face unlock as well.

Samsung launched the Galaxy M series this year as a comeback against Chinese smartphone player dominating the budget smartphone market in India. The Galaxy M30 sports a Super-AMOLED Infinity V display and is powered by the latest Exynos 7904 processor. It is also equipped with a triple camera setup on the back with a 13-megapixel RGB sensor, a 5-megapixel sensor with a super wide angle lens, and a 5-megapixel depth sensor. On the front, the device features a 16-megapixel selfie camera with support for 1080p video recording and face unlock. The 6.4-inch Super AMOLED display with FHD+ resolution, protected by 2.5D curved tempered glass. Other features of the Samsung Galaxy M30 include a rear-mounted fingerprint scanner, face unlock, USB Type-C support, 3.5mm audio jack and a 5,000mAh battery. 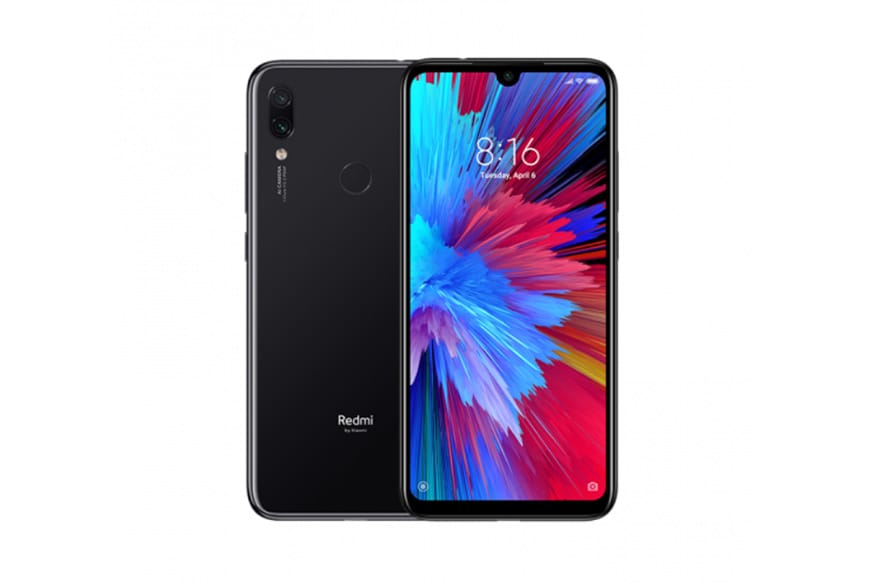 Xiaomi quickly updated the Redmi Note 7 with a 48-megapixel camera. Besides the camera change, the Redmi Note 7S come with the same specifications as the regular Note 7. There is a 6.3-inch full-HD+ (2340×1080 pixels) display with a 19.5:9 aspect ratio, a dot-notch and is protected with Gorilla Glass 5. It runs on a Qualcomm Snapdragon 660 octa-core processor with 3GB and 4GB RAM options coupled with either 32GB or 64GB of inbuilt storage. Both the variants include the option of adding a microSD card slot (up to 256GB) for expanding the storage. As mentioned before, the Redmi Note 7S gets a 48-megapixel sensor paired with a 5-megapixel depth sensor, at the front, there is a 13-megapixel camera. Rest of the features include a 4,000mAh battery with Quick Charge 4.0 support, a rear fingerprint sensor, USB Type-C port, 3.5mm audio jack, Wi-Fi 5, P2i splash-resistant coating, Bluetooth 5.0, Infrared and dual-SIM support. It runs on Android Pie 9.0 with MIUI 10. It will be offered in three colours including Onyx Black, Ruby Red, and Sapphire Blue

If you are looking for a smartphone with an in-display fingerprint scanner, then you need to go for the Oppo K1. Apart from that, it also comes with a reliable processor and a gradient finish at the back. The smartphone features a 6.4-inch full-HD+ (2340×1080 pixels) display with 19.5:9 aspect ratio and 91 percent screen-to-body ratio. It is powered by an octa-core Qualcomm Snapdragon 660 processor, clocked up to 1.95GHz paired with 4GB RAM with 64GB of internal storage which is expandable using a microSD card. There is a dual rear camera setup at the back, with a primary 16-megapixel camera (f/1.7 aperture) along with a secondary 2-megapixel camera (f/2.4 aperture). At the front, there is a 25-megapixel selfie camera with an f/2.0 aperture. Other features include Android 8.1 Oreo with ColorOS 5.2, 4G VoLTE, Wi-Fi, Bluetooth 5.0, a 3,600mAh battery and a microUSB port.