LG will soon launch a new smartphone series called W, starting with India. We already know some details about this upcoming phone, and now we are getting a live image which confirms its design.

This photo only shows us the rear side of the phone, which is home to a triple camera setup placed in a vertical orientation in the top-left corner. To its right is the fingerprint scanner, and further down below is the LG branding.

The back of the smartphone has a textured finish with a gradient design. The image reveals the power button and volume rocker on the right side of the phone, with a USB port placed at the bottom. It appears to be a microUSB port, but that could also be because of the angle at which the photo was captured. 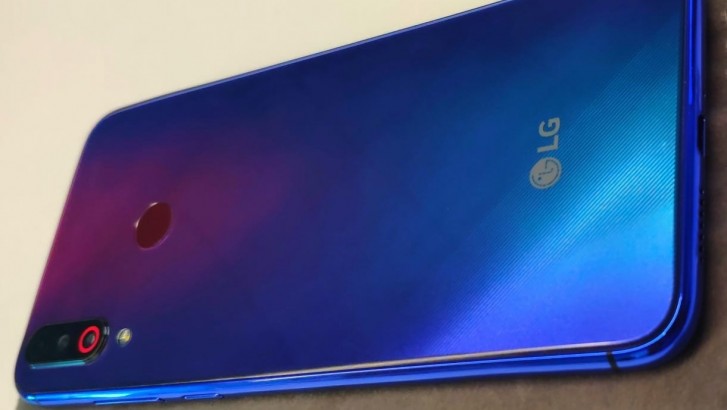 The photo we are looking at is in line with the image shared by the company on Amazon.in, which confirms that the smartphone will arrive in three colors and have a waterdrop notch display on the front.

Furthermore, the smartphone will pack a 4,000 mAh battery and is expected to be powered by a Helio P60 or Snapdragon 439 SoC. It will be sold at a “Pocket-Worthy Price Tag”.