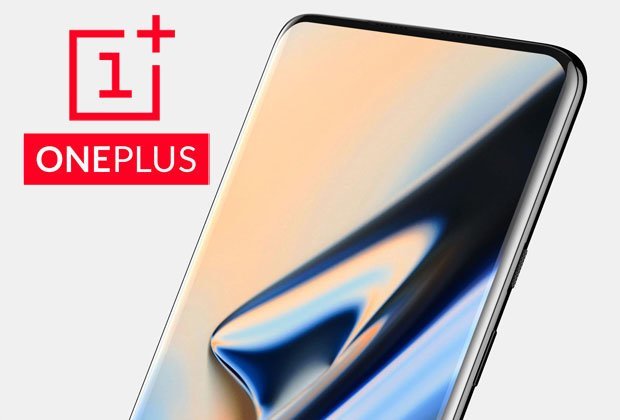 Tis the season of new phones being announced, and out of most rumoured, the next OnePlus model is one that a lot of eyes are being kept on.

It’s now five years since the first model, the ‘OnePlus One’ was released, and it wasn’t really until they released the ‘OnePlus 3’ in 2016 that people started to take notice on the build quality, their fast take on Android, and their fast-charging.

The latest release last year of the 6T brought the ‘in-screen’ fingerprint sensor to their line, alongside requested camera improvements.

But now with other manufacturers realising that users want a faster experience when using their own apps, alongside fast-charging and better cameras constantly being improved as a priority now, OnePlus are in danger of becoming irrelevant and no longer the underdog.

With rumours of the OnePlus 7 coming, here’s what you can expect to see.

The OnePlus 7 may feature a pop up camera (Pic: Image: CONCEPT CREATOR)

Bear with me here, as it makes sense when you factor in the growing trend of a ‘notchless’ display. There’s now many efforts to avoid that small teardop at the top of your phone screen, and while Samsung have done their own take with their ‘hole-punch’ screen with the camera, OnePlus want to do something totally different.

To achieve the all-screen and abide by their company motto of ‘Never Settle’, they may have decided on the front camera popping up from the top when needed. This way, you gain the experience of a display that has nothing in the way, especially when you’re viewing videos and photos, and if you want to use the selfie camera, it can pop up and down when needed. It also gives the camera here a bit of added protection. If the screen gets scratched, the camera is stil protected when hidden.

Of course, this can mean that ‘Face Unlock’ will be absent here, as the camera and sensors need to be there to scan a face to unlock the phone, so to have that constantly pop up and down when you’re locking and unlocking the screen could wear down the mechanism.

Another trend here that is slowly emerging to other manufacturers, from the Huawei P30 to the Samsung S10, three cameras on the back. OnePlus have been hit and miss when it’s come to their cameras. The OnePlus 5T brought the dual-camera to their line, but the software when processing an image let it down, unfortunately. Here, there’s an expectation, more than usual here for OnePlus to focus even more on their cameras, and to have something where they even leapfrog Huawei’s focusing, Google’s Portrait Mode, and Samsung’s colour-processing, would instantly have it in high regard, and be a hard phone to resist for someone looking to upgrade.

This seems like a cert, especially that they demoed it at the MWC (Mobile World Congress) in February. O2 and Three have both announced that they will be rolling out 5G to the UK by the end of the year, and as O2 have already announced a Galaxy S10 variant coming to this new network, it could be more appealing if OnePlus are also alongside this launch. Of course, this also depends on availability across the networks, especially as when 4G was launched in 2012, it took over eighteen months before it was widely available, and affordable. Combining this with a new Snapdragon processor (the engine of the phone), a great statement on speed would be justified here.

When could it be out? And How Much?

There’s been a pattern of two releases each year with OnePlus. The numbered version, then around six months later, the ‘T’ version, an enhanced model in a sense.

The OnePlus 6 was released in May of 2018, while the 6T was announced and released five months later in October.

So we could be seeing an announcement very soon, especially how, as mentioned before, that a 5G variant was demoed just a few short months ago.

But with the cost, it has increased year upon year, mainly due to the uncertainty of Brexit and the pound, but also because of the high-quality that OnePlus have on their devices. But if we’re going to be seeing an all-screen display, three cameras and maybe a model on 5G, we could see an increase of the £499 price that the OnePlus 6T currently has.

Overall, it’s an exciting time to be a user of OnePlus. They’ve always been upfront and willing to take on feedback, especially on their official forums.I’d be expecting an announcement very soon, and if you want the same experience of ‘Never Settle’ that OnePlus pride themselves upon, you won’t have to wait long for its tenth iteration.